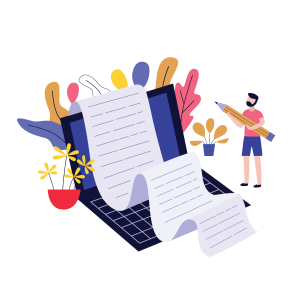 COOLSCULPTING®:  A Crash Course in Contouring

If you’ve ever had just a little too much to eat for the holidays, you may have developed an unfriendly padding of fat in the days following. Sometimes, we have those problem areas for years, even as we try every exercise and diet we can find.
For those stubborn problem areas, there are many solutions. Perhaps the most ubiquitous is liposuction, an invasive procedure wherein fat is removed via a suction device. This invasive procedure does carry some risks, however, along with being incredibly expensive. COOLSCULPTING® offers fat reduction for less, and with no surgery or anesthesia.
In this blog, we’ll discuss the many ways in which  COOLSCULPTING® may be right for you!

COOLSCULPTING® is a procedure that, instead of vacuuming out the fat, actually freezes it instead. This process is actually called cryolipolysis, developed by Dr. Rox Anderson and Dr. Dieter Manstein of the Wellman Center of Photomedicine and Massachusetts General Hospital in 2008
They came across the phenomena when they noticed that children who ate popsicles would lose fat in their cheeks. Perplexed by this, they did more research and noticed that fat would get damaged if directly exposed to very cold temperatures. However, all other body tissue was much more resistant to the cold. Thus, cryolipolysis was discovered, and the doctors began to look for other ways to implement the discovery.
After some trial and error, the technology behind COOLSCULPTING® was born, utilizing the power of the cold to permanently rid the body of pockets of fat. Today, this revolutionary technology has been used in several million treatments around the world, helping millions of clients realize their ideal body.

COOLSCULPTING® is as versatile as a procedure gets. It can be used on almost every part of the body; abdomen, back, flanks, thighs, banana roll under the buttocks, under the chin and jawline, and upper arm fat can all be treated by our system.
The procedure is incredibly safe, as well. As the dying fat cells leave the body, there’s no rise in cholesterol or lipid levels. No spikes in the blood, so you don’t have to worry about any health complications associated with the procedure.

How COOLSCULPTING® Differs From Other Non-Invasive Treatments

COOLSCULPTING® is unique compared to other non-invasive treatments because of its safety, price, and ease of application. Unlike other treatments that use methods like heat and radiofrequency, the procedure is a comfortable, easy process.
This procedure is also very affordable, with other non-invasive treatments costing twice or even three times as much. That price doesn’t come at the expense of results, either. We’ve had hundreds of happy COOLSCULPTING® clients who swear by our product. With COOLSCULPTING®, you can truly get the whole package. How The Process Works

The COOLSCULPTING® process is simple, fast, and easy for all of our patients. The process begins with a  complimentary consultation, where we discuss your questions and concerns, assess the areas of concern, and understand your goals with the process. Once we’ve gone over the basics, we’ll develop a sculpting plan so we know where to apply the COOLSCULPTING® applicators and how many applicators will be needed to cover the areas.
Once you come in for the treatment, we’ll mark and prepare the skin, place a protective pad on the designated area and then place the cooling applicator over the fat pad using a vacuum to tuck the fat pad into the applicator. The process will last anywhere from 30 to 60 minutes, we will massage the treated areas and then you’re all done!
Depending on your goals, we may recommend multiple treatment areas to enjoy the full benefits of the process. After all of your treatments are done, you should see the full results in 30 – 90  days.

How COOLSCULPTING® Can Compliment Your Routine

While COOLSCULPTING® can work wonders on fat packets, it isn’t designed to be a weight-loss tool. Instead, this procedure is designed to be a helpful tool alongside your own dieting and exercise regimen. We recommend that clients use dieting and exercise to do the bulk of their weight loss while using COOLSCULPTING® to attack those more stubborn regions.

How To Know If You’re A Good Candidate For COOLSCULPTING®

So now you have the basics of COOLSCULPTING® but how do you know if it’s right for you? There are many weight loss and fat loss methods that someone may consider —how can you be sure that you’re choosing the right one for you?
The first tip is to not expect major weight loss. We never recommend COOLSCULPTING® to be your primary method of weight loss, since that’s not what it’s intended for. You’ll want to establish a diet and workout routine that you use primarily to stay healthy. This procedure is designed for fat reduction over stubborn areas of fat, not weight loss.
Besides this caveat, however, this is a great procedure for almost anyone to use. Young or old, COOLSCULPTING® can likely help you find the body you want.

At Vive® Rejuvenation, we’ve seen the wonders of COOLSCULPTING® first hand with hundreds of clients. If you’re interested, contact our team today to schedule a complimentary COOLSCULPTING® consultation!